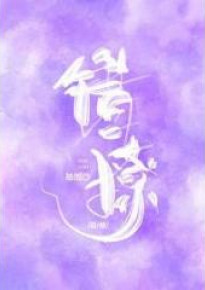 Zheng Shuyi’s ex-boyfriend cheated on her, and the other women’s uncle drove an eye-catching Rolls-Royce Phantom, with an arrogant straight numerical license plate number.A few days after they broke up, Zheng Shuyi saw the unforgettable Rolls-Royce Phantom outside of the State Banquet Hotel.Thinking of the scumbag and the white lotus flying away from her, she felt distressed.Want to save 20 years of hard work? Don’t even think about it!Do you still regard me as a relative? Well, sure. I’ll just be your aunt!You’ll be forced to treat me with respect even when you feel so full of yourself.At that moment, with self-fulfilling confidence, Zheng Shuyi tapped on the back seat window of the Rolls-Royce Phantom with a gentle smile on her face.The car window slowly rolled down, and the young man looked over with his charming eyes behind his glasses.Zheng Shuyi was quite shocked by the appearance. She thought to herself, the white lotus doesn’t look that good, but her uncle sure is handsome.A few months later, Zheng Shuyi took the man’s hand and sat affectionately in the back seat of the Rolls-Royce. When she saw the scum and the white lotus, she hooked her fingers arrogantly to tell them to come closer.“Shouldn’t you at least greet your elder?”The white lotus’ face was pale. She moved over slowly and called out to the driver, “Hi, uncle.”Zheng Shuyi: “……?”- Description from Novelupdates

My Sister Was Robbed Of Chaos Blood At The Start 859.9K read

The Female Lead Is A Lesbian 10.1K read

My Heart Beats Only For You 11.4K read