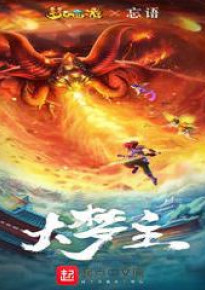 The son of a wealthy businessman who was frail and sick from a young age unexpectedly embarked on the road of cultivating immortals and reaching the sky while seeking a way to continue his life!In the prosperous period of the Tang Dynasty, the world was Antai, the weather was smooth and the people lived in peace.Thousands of years later, demons swallowed the sky, demons were rampant, wailing everywhere.Journey to the west reappears, the great sage fights the sky, the canopy descends, and the rolling curtain is reborn.The inexplicable shuttle and reincarnation, the illusion and the reality are hidden, the real and the illusion are intertwined!Is it the dream in the prophecy? Or is it a reality that hasn’t happened yet?Can he break the destined demon barrier, eliminate the triumph of the Three Realms that has not yet occurred, and save the common people from the water and fire?- Description from Unknown

The Marriage Of An Esteemed Supreme Healer A Noble Ruler 767.1K read