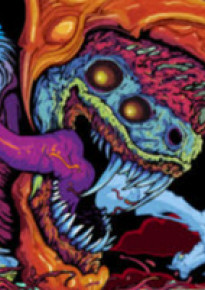 / Fantasy / Leave the Monster aloneFantasy 66 Chapters 94.6K ViewsMark's life changed the day someone broke into his clinic to tell him that he had been a character of a video game all along and what he had known till now had been a code decided by the game's system. When he was supposed to die though, an external interference broke the code and he was no longer part of the system. Now as the only external influence inside the code, his existence was an enigma on its own. And his fate was to turn into a monster when the humanity continued to betray him at every corner of the world. 'His nature was gentle and loving to the point of putting himself in danger for those he loved. But betrayal laid everywhere in his new world and he should get used to being used' (cover is not mine, I like it but if the maker wants it gone, they can tell me and I'll change)

Relates with Leave the Monster alone