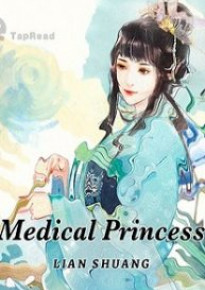 As the second daughter of Ningyuan Army General, Qin Wanru, who had been set up by her so-called mother and elder sister, lost her reputation and suffered a lot on her wedding in her previous life. Now she was reborn and returned to the time before she married to Qi Tianyu, the first son of the magistrate of Jiangzhou. The rebirth gave her a chance to revenge on her own wedding and uncover the plot of her mother and elder sister. Would she be able to change her fate? __________________________________  You’re reading Chinese web Novel  “Medical Princess” on BOXNOVEL . Thanks!

The Marriage Of An Esteemed Supreme Healer A Noble Ruler 767.1K read

The Otherworldly Adventures Of A Super Naive Girl 10.1K read