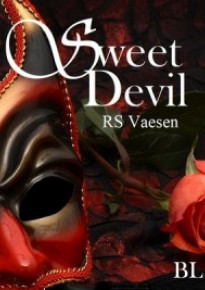 Happy Christmas Eve! chuckled the old man as he strapped a watch around Mishas wrist. Have a nice trip.The next morning, the 25-year-old Misha woke up with a pounding headache, sore muscles, and strong nausea. In short, the perfect hangover. But when he saw his reflection in the mirror, he soon realized that the pain wasnt caused by the terrifying amount of alcohol he had drunk the previous day. His body had shrunk. A lot. He didnt have the time to think too much about it since his mother suddenly erupted in his room - the next day, his sister did the same thing.Mother and sister who had died a long time ago.The old man didn't lie; he traveled back in time, just before losing his loved ones.And so, Misha had now one mission: changing the dreadful fate of his mother and sister and sending away his sisters boyfriend by all means. They had to break up! Like it or not, that man will bring disaster to the family sooner or later. This time, Misha wouldn't fall for that warm smile and those gentle eyes as he knew they were hiding a cold, insensitive personality.However, things werent as simple as he thought, and perhaps the sisters boyfriend was not the enemy. Perhaps, since the beginning, he had everything wrong and knew nothing of his sister.

The Female Lead Is A Lesbian 10.1K read

The Return Of The God Level Assassin Bl 13.1K read